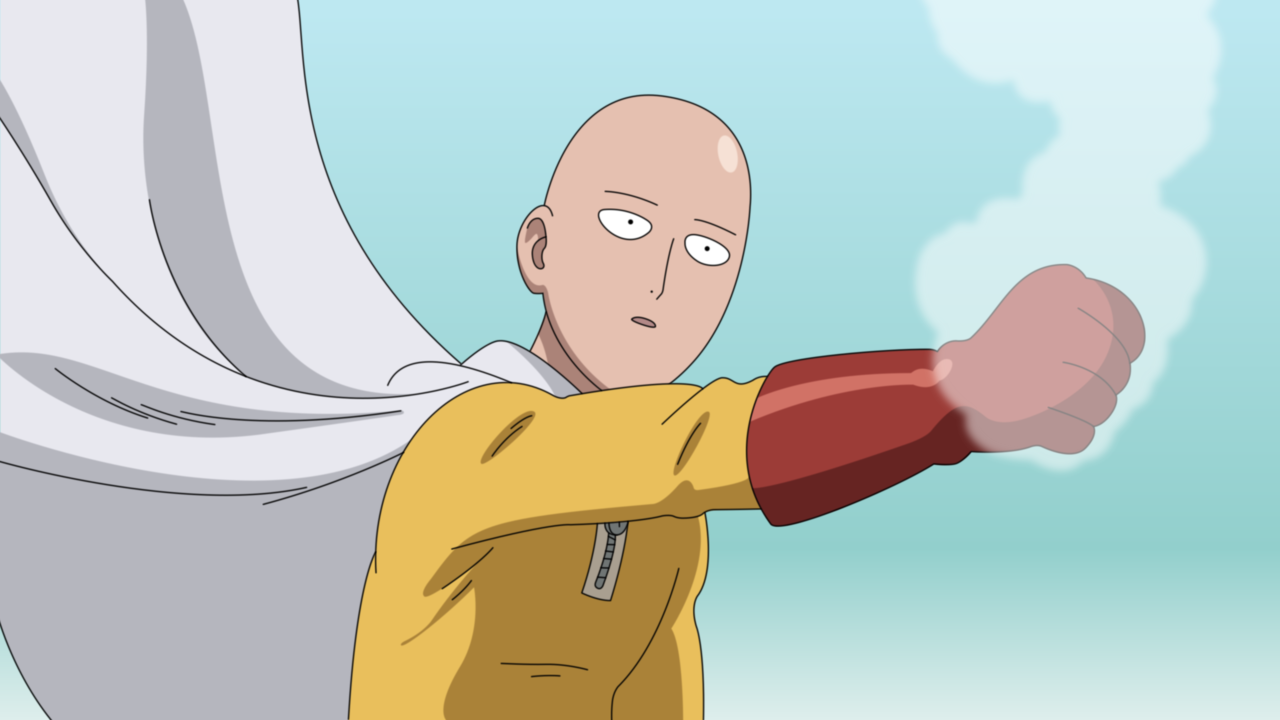 He is a 25-year-old muscular boy and bald due to overtraining. Saitama regularly saves innocent people from monsters that appear in his world. With just a punch, up to this point, he could take down all the villains that had appeared in the story so far. He is despised by most members of the Superhero Association and ordinary people, causing him to lose credibility and prestige because of how to defeat an enemy easily (especially the enemy has hit Defeated many high level heroes) and he doesn’t care about public opinion or property damage. Despite this, Saitama is more moral than most heroes in the story and has no nominal desires, such as when he disguised as police to defeat an evil monster because people lost faith in the police

Dubbed the lord of the galaxy, the leader of the “dark matter” gangster, Boros is probably the strongest villain in the series from the beginning to the present. Legend has it that Boros has been wandering the universe for the past 20 years, destroying many planets just to find out who has the power to fight back.

And finally, right on Earth, Boros met the “rival” of his life, One Punch Man Saitama. This is probably the most expensive battle for Boros and he must say “you are strong”.

3. Tatsumaki “child of the storm”. 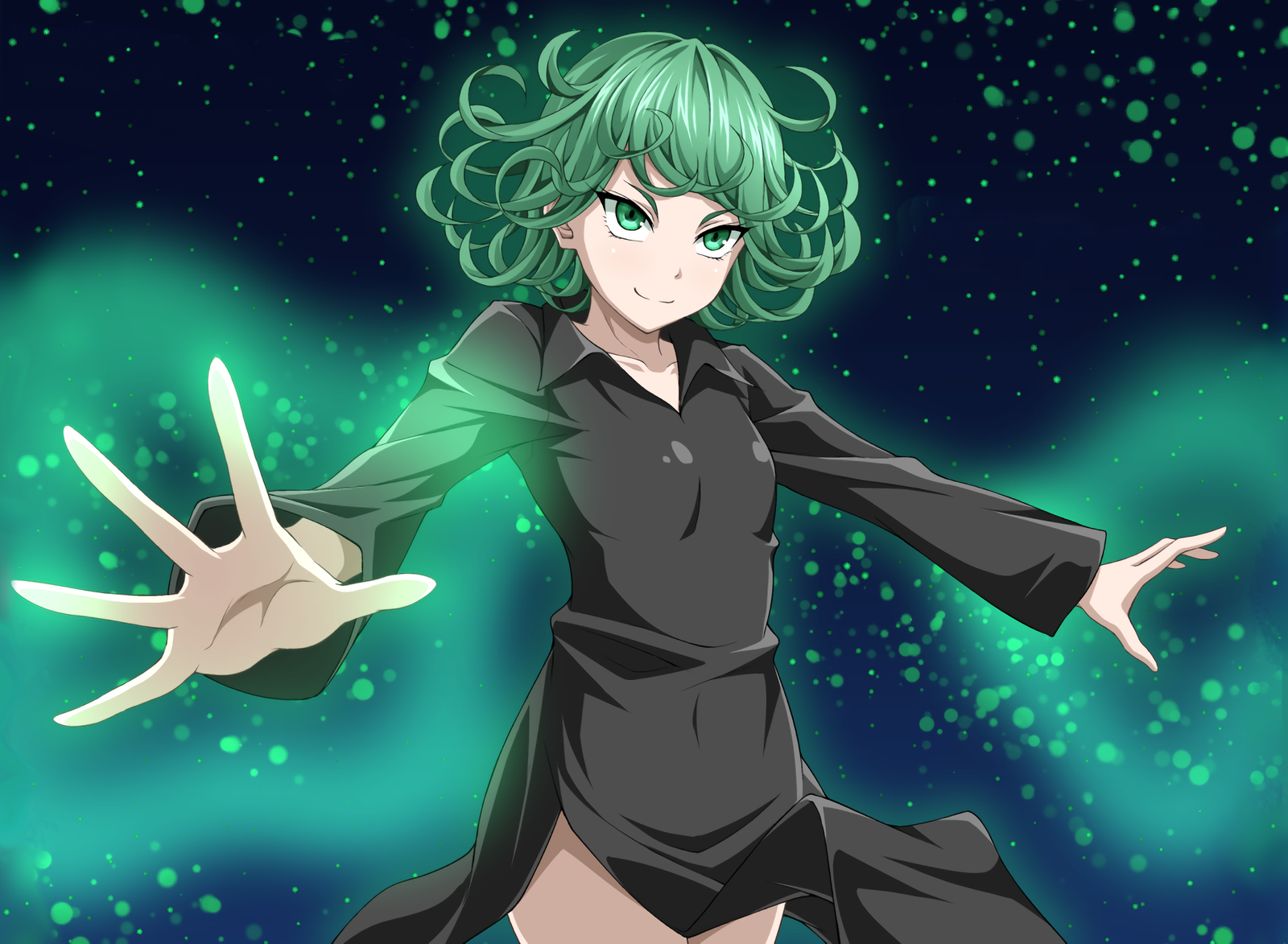 The first impression of viewers about Tatsumaki is that she looks like a little girl, but her power deserves to be the most powerful in the universe. The child of the storm has never felt bored with a single opponent, because her power deserves it.

Tatsumaki has the power to control material at a transcendent level, and is undoubtedly the strongest in the story so far. During the battle with Boros, Tatsumaki proved to all of them that when she lifted all the huge stones and threw them into Boros’s spacecraft. Even, Tatsumaki used 1 meteorite in the universe to kill 1 monster of the size of dinosaurs. 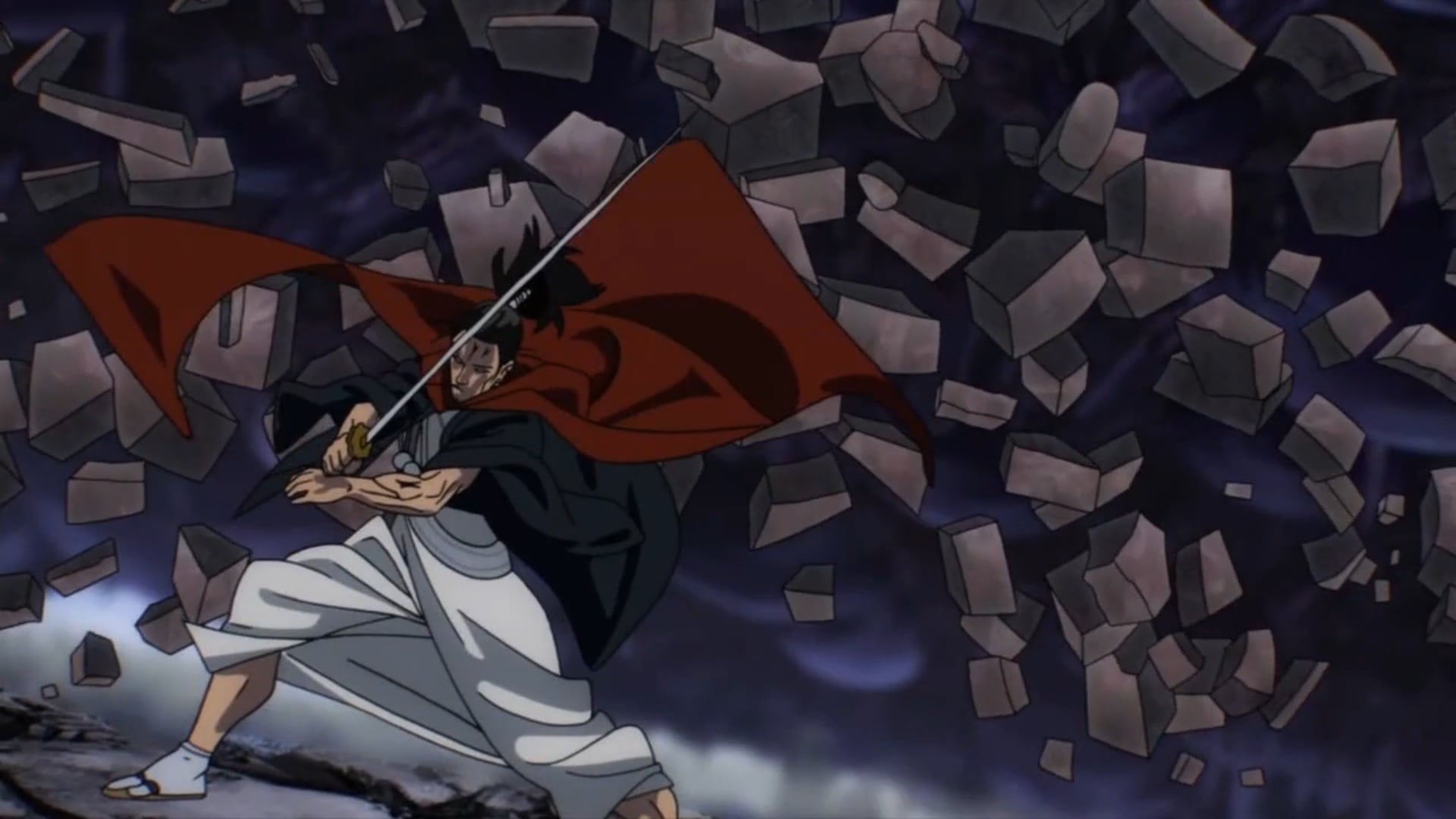 An old martial arts master with Smashing Fist Water Stream Rock. One of the few people who knows the true power of Saitama. His real name is Bang, he has an older brother named “Bomb”, master of the Whirlwind Iron Cutting Fist. He is even able to kill multiple Dragon-level Mysterious Beings with ease, something that only a select few S-Class Heroes and Saitama can accomplish.

He is known as an idol and treasure of martial arts, almost being like a god, and thus one of the most skilled and powerful martial artists in the world, despite the fact he is long past his prime. 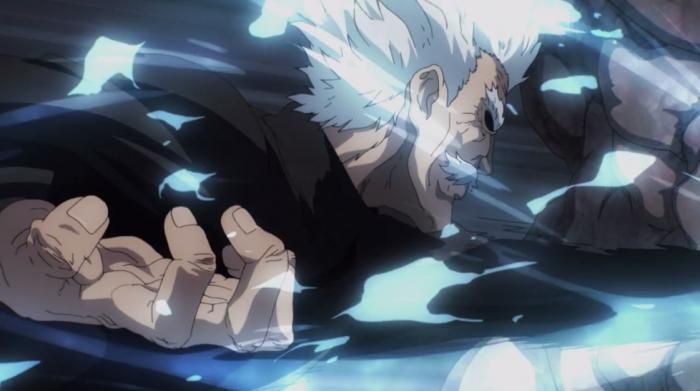 His strengths are sharp swords that quickly cut off opponents.

Sky King and then Melzalgald were easily cut off by him in the blink of an eye, showing his speed as one of the fastest people in the entire series. Every other skill is almost perfect but Atomic Samurai is not really smart in his match, it seems his principle is slashing and slashing. 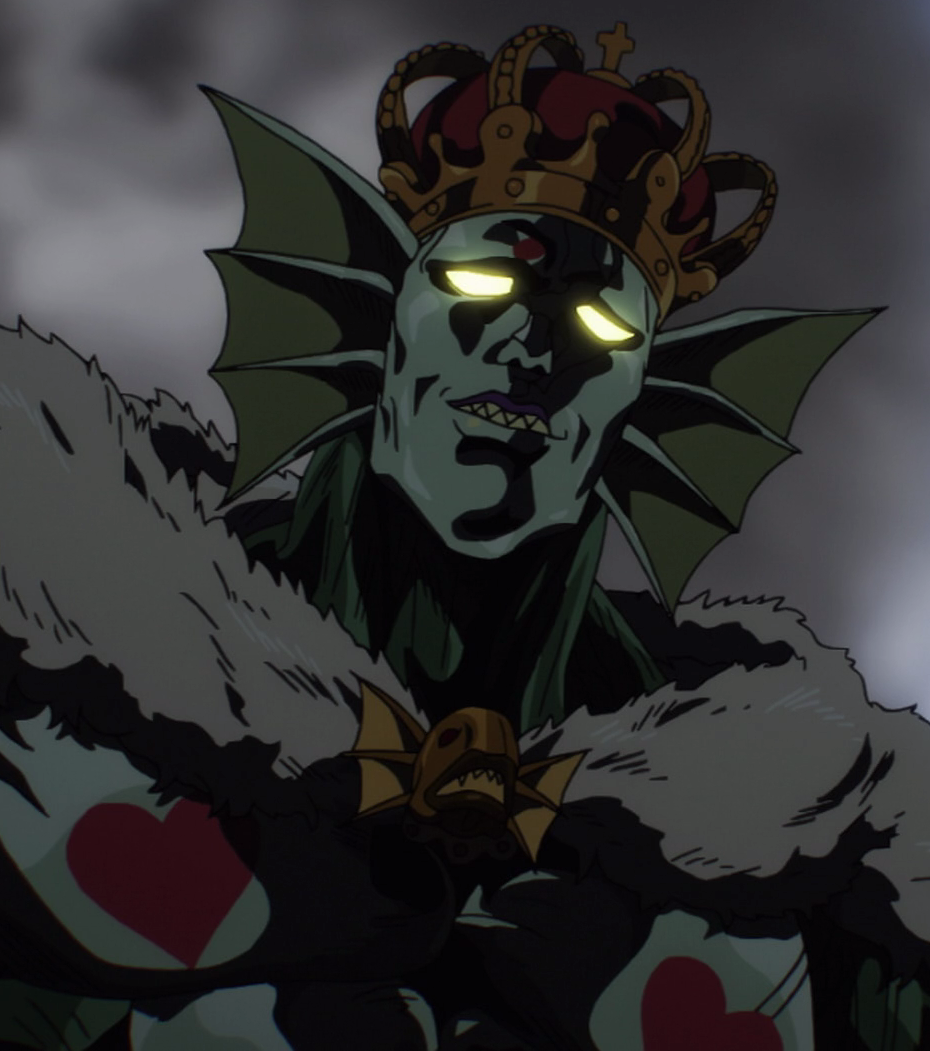 Dubbed the king of the deep sea, he ruled the seabed and all creatures under the blue sea. Deep Sea King is so strong that the superhero Huff-Puff Prisoner cannot defeat even in the strongest state. Even Sonic, must be helpless before his supernatural speed.

Facing the Ultimate Sea Sea King version, Genos must also be terrified by his acid saliva. In the end, it is necessary to rely on Saitama’s hand to be able to “win” this monster. 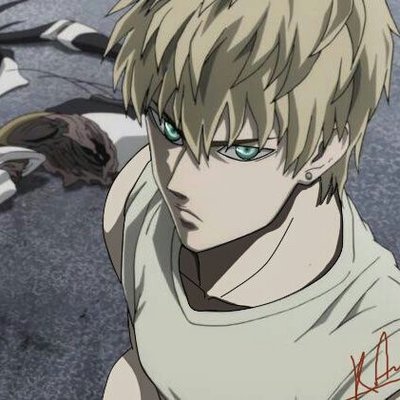 As a S-class hero, Genos is definitely a strong warrior. Genos possesses incredible physical strength, and is capable of breaking the ground with a kick, and punches quickly with enough force to tear a cliff.

He can move so fast that he seems to be moving. He was able to keep up with Speed-o’-Sound Sonic, one of the fastest characters in the entire series, for a considerable time in battle. 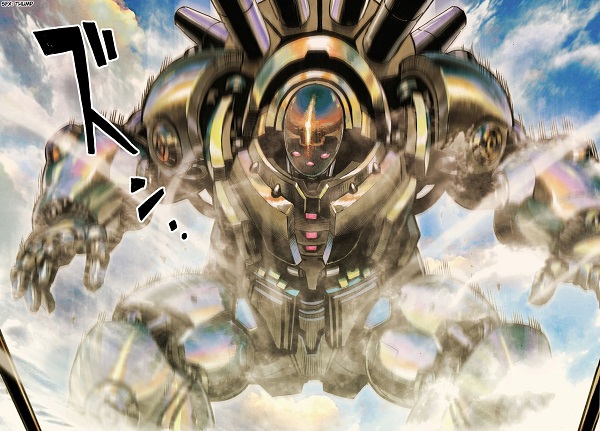 Often shown to be a heartless individual, Bofoy’s hero is a Metal Knight, because of his hobby of using a robot that looks exactly like its name, a metal knight.

Ignoring his personality, an individual has access to all jobs. Bofoy has enough technology in his arsenal to equip an army and with his robots, he can easily erase a level of disaster in AZ cities. 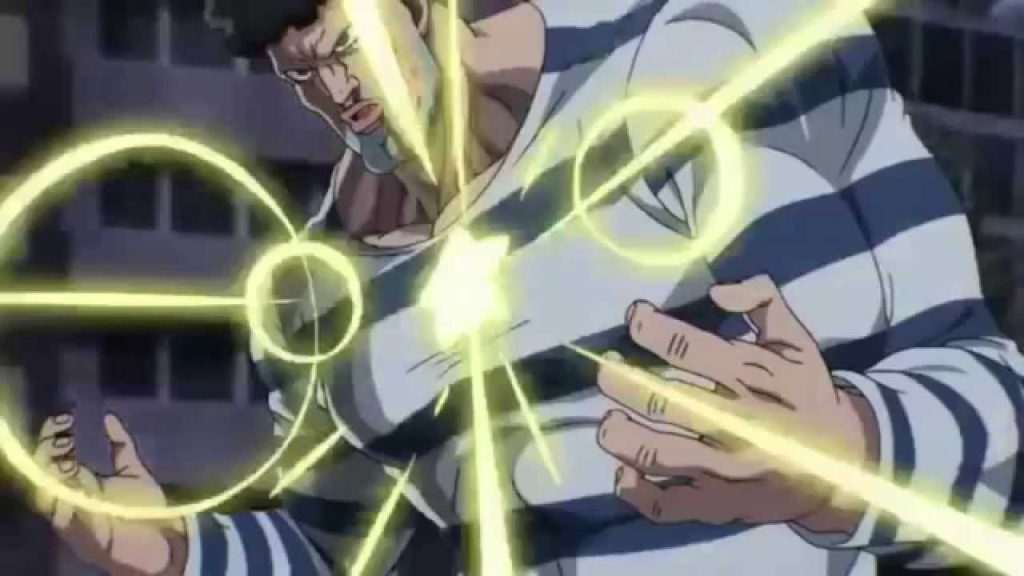 possessing great physical strength; He can inflict massive damage with every punch. His power can be seen when he easily breaks the Smelly Lid Prison’s thick steel walls, causing Speed-o’-Sound Sonic to remark that he is even stronger than Hammerhead in battle suits. 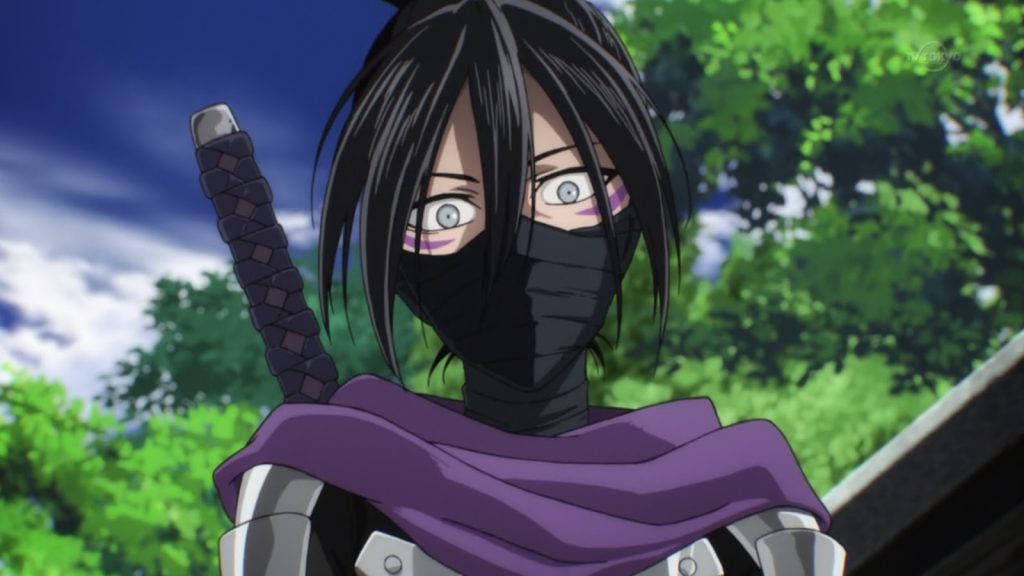 As a ninja, Sonic is good at hiding his presence. He showed his mastery with many weapons. Fubuki commented that Sonic’s fighting ability is that of an individual S-Class.

Sonic’s main ability is extremely high speed. He has been shown to be able to dodge rocks and trees thrown at him with incredible force. Although muscular, but thin; Sonic’s power lies not only in his speed. He also has superhuman powers, capable of knocking out a man’s shoulders just by walking into him.